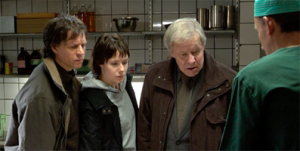 (Set in a Fictitious City of Maardamin Northern Europe)

One of the most suspenseful psychological thrillers from Sweden, the Van Veeteren series brings to life the best-selling crime novels by one of Sweden s most popular mystery writers, Hakan Nesser, whose books have been published in more than 20 countries worldwide. Set in the fictitious city of Maardam, in a made-up country that could be anywhere in northern Europe, the series follows the murder cases of retired chief inspector, Van Veeteren, and his two crime squad protégés, Münster and Moreno.