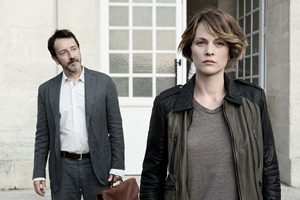 Lose yourself in a mystery that will cause you to question everything you ever thought.
Memory and death connect psychiatrist Mathias Freire (Jean-Hugues Anglade) and Police Captain Anaïs Chatelet, The Chef as they investigate a series of murders inspired by Greek mythology. They race between Bordeaux, Marseille and Paris in a desperate attempt to stop the killer, only to end up delving into their own psyches. There they find the darkest secrets about themselves and each other. Twists and shifting perspectives come at a furious pace in six nerve-shattering episodes.