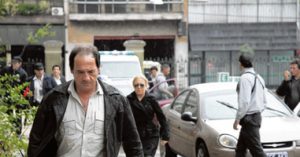 Set in the Argentina

In Spanish with English Subtitles

Now the end has two faces. Renzo Marquez (Julio Chavez) and Marina Segal (Cecilia Roth) join forces again to solve yet another logic-defying homicide case. With the help of XL (Alejandro Awada), a psychiatric patient suffering from low brain activity, they manage to anticipate a serial killer’s next move. This time, the murderer is a tormented man who views killing as an art form and, as such, thinks each homicide deserves to be immortalized in a series of photographs. Homicide detectives embark on a race against time to catch him, even as Renzo and Marina are burdened by the ghosts of their own pasts.

REGION 1 – Select the DVD to purchase from