A Case of Conscience 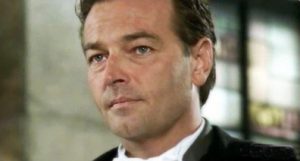 Rocco Tasca, a young lawyer who defends powerful companies in civil suits, has a brilliant career ahead of him. The leading light of a legal firm run by the attorney Sforza, where he works with his girlfriend Alice, he has to defend a hit and run driver, along with the latter’s insurance company. After he wins the case, the victim’s mother commits suicide outside his apartment. Rocco undergoes a crisis, resigns from the law firm, ends his relationship with Alice, who prefers to go on working for Sforza, and starts to take on cases in which he defends individuals and groups against the powerful companies that he once represented.