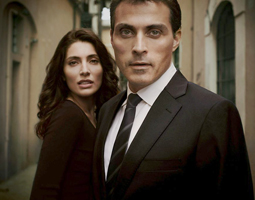 The best-selling novels of Michael Dibdin come to life in these new adaptations from the BBC. Aurelio Zen is a formidable detective, but he’s always put honesty before advancement. The arrival of clever and ambitious Tania to the team sees Zen’s vigor reawakened. Driven by romance, re-energized and armed with a new confidence, Zen’s investigations take him from crowded Rome to the spectacular Italian countryside, as he negotiates a complex string of murder cases, never afraid to question authority or use a few unorthodox methods to see justice done. This series is set against a visually rich backdrop of Rome at its most stunning.