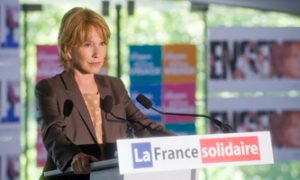 The French President has been assassinated, sparking a tense campaign to elect a new leader. With the election only 25 days away, a war begins between the country’s top communications strategists.

Presidential advisor Simon Kapita wants to preserve the honour of his assassinated mentor and backs a low-level minister, Anne Visage, believing her to be the only one capable of defeating their political enemy, Prime Minister Philippe Deleuvre.

Meanwhile, Simon’s protégé, Ludovic Desmeuzes, has defected to the PM’s campaign. Between these two heirs to the President’s legacy, a fratricidal war is about to begin.

Les Hommes de l’Ombre is a political thriller that takes us deep into the heart of an all-or-nothing campaign. Amid manoeuvrings of power, treason, love and hate, these shadow men will stop at nothing to see their candidate victorious.