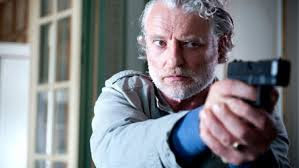 In Flemish and French with English subtitles

In a private Brussels bank, 66 safe-deposit boxes are burglarized. The owner of the bank wants to keep the heist under wraps, but police inspector Paul Gerardi catches wind of the affair and throws himself into the investigation. Hes a mix of incorruptible, old-school morals with devil-may-care individualism. He realizes just how big the case is when some of the key players are murdered, commit suicide or simply vanish. The boxes contained the holders’ most intimate secrets, the compromising documents and photos that no one should ever see and that literally could bring down the nation. Gerardi soon learns that all the 66 burglary victims are members of the country’s industrial, financial, judicial and political elite – even a member of the royal family is involved. What’s more, when Gerardi discovers that theyre all members of a secret organization called Salamander, he becomes targeted by both the criminals and the authorities. Gerardi must quickly find out what their agenda is and who is behind the heist.

Select a DVD to purchase from Region One, Region Two, or Region Four