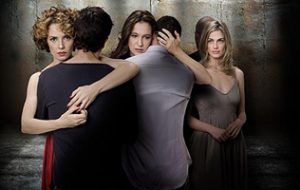 In Hebrew with English Subtitles

Prisoners of War is the gripping drama on which the American series Homeland is based. When three Israeli Defence Force reservists are captured behind enemy lines in Lebanon their fate is unknown, that is until seventeen years later, when they mysteriously return – two of them alive, the third in a coffin.