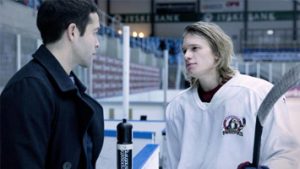 NORSKOV is a rough harbour town in northern Denmark, fighting for its future.

When a growing drug problem threatens the plans of mayor Martin Kierkegaard, he calls in his brother-in-law, police investigator Tom Noack, a seasoned specialist in drug crime.

Tom figures that cleaning up his hometown will be a simple task but a reunion with Diana, an old flame, quickly complicates his work. Diana’s son Oliver is under investigation, but when Tom discovers Oliver is actually covering for someone else, the consequences are tragic.

As Tom becomes further and further entangled in Norskov’s web of secrets, the task of cleaning up the town’s nightlife grows into a case of international drug smuggling far beyond the resources of the local police.