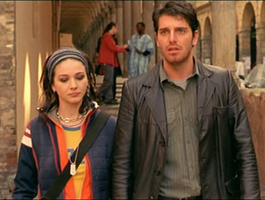 He s one hot cop and Italy s answer to Dirty Harry or so he thinks. To everyone else, he is an ignorant, crude, and politically incorrect buffoon who is despised by colleagues and certainly not feared by the criminals he s chasing. Only his partner, Trombetti, sees past the bravado to the honest cop inside who s determined to fight crime and save the day, either thanks to his own dumb luck or (Trombetti s) intuition. When he s not fighting crime, he has his own battles to fight mainly his colleague s constant mispronunciation of his name a play on the Italian word coglione (balls).