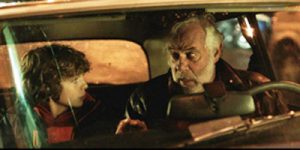 Quirky exploits of a family-run detective agency in Paris. Philippe Roche, of the private detective agency Roche and Son, has never been one to take a case for money, much to the dismay of his father Maxime. Phillipe’s in it for the thrill; he loves to fight injustice, solve the unsolvable or use a case to get close to an attractive client. Now that the agency is on the verge of collapse, Maxime reaches out to Nora Abadie (Sara Martins, Death in Paradise), a no-nonsense former French intelligence officer, to bring some discipline to the endeavor. In the series premiere, Philippe runs into a conflict of interest while investigating the death of a young worker at a nuclear reactor – the site is managed by the Mickelsen Group, a longstanding client of Roche and Son’s new partner…

United States
Detectives is available on the subscription based