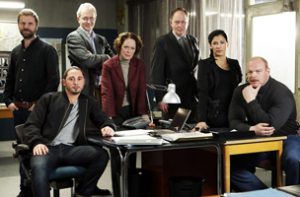 Rough. Raw. Real. This is the world of Arne Dahl, whose crime novels have been transposed to the screen in adaptations that follow the dramatic tradition of all best-selling Scandinavian thrillers. This series from the writers and producers of The Martin Beck Series revolves around cases taken on by the ‘A’ Unit, an elite force of officers recruited after a series of assassinations rocks Stockholm’s high society. The detectives have been hand-picked by police commander Jenny Hultin, who intentionally gathers people from different backgrounds with very different strengths. Viggo Norlander could be considered over the hill, Kerstin Holm is the only woman on the unit, Paul Hjelm is on probation for excessive force, Gunnar Nyberg is a strong giant, Jorge Chavez is a multi-lingual genius, and Aarto Söderstedt is a lawyer who used to defend white-collar criminals. They’re all flawed, but together they make the perfect team. The crimes they solve are brutal and sometimes horrifying, but always sophisticated, with complex riddles and cunning perpetrators from all levels of society. The cases require specialized input from everyone in the unit. Imagination complements experience and brawn has to be on a level with brains. During the long hours together, they expose their inner truths to each other. This can lead to friction, but also to friendship – and in the case of two of the officers – to more. The cases bring them all into a race against time that they only sometimes win. Realistic and intense, Arne Dahl brings you the darker side of Swedish entertainment.